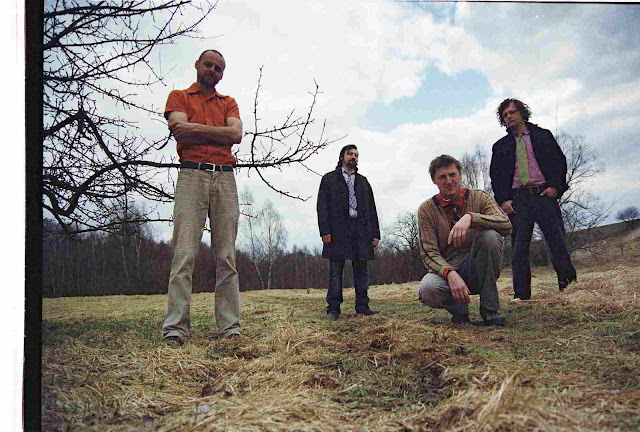 B4
The band B4 arose inadvertantly in 1998 at the Turnov Festival, when a missing band had to be replaced. Since then, it has featured an ever-changing line-up with a stable core, consisting of keyboard player David Freudl, guitarist Tomáš Procházka and drummer Leoš Kropáček. It has always been concerned with improvised music built on psychedelia, fragments of noise, jazz and rock with an outlandish reference to the specific sound of the prior Eastern Bloc.
B4 is the Only Czech Music Group Actively Producing Krautrock
The group´s studio recordings and live performances are highly distinctive. In a similar way to those of Can or Nurse with Wound they are a homogeneous current of wild improvisation. As in the case of the British The Bays we can also say of B4 that, "performance is the product."
The group decided years ago to work exclusively on historical, analogue instruments. Hence their collection contains Vermona organ pipes, analogue Korg and Siel keyboards, tape echo and replicas of Italian wah wah pedals from the sixties.

B4 mentions a number of influences in Czech artists Petr and Pavel Orm (ORM), Steve Reich, the Medeski, Martin and Wood project, Einstuerzende Neubauten and two compositions in particular from Money Mark: Information Contraband and Push the Button.
"This must be heard. One of the most distinctive bands of this part of the world is now in creative mode moving perhaps faster than ever since it came into existence twelve years ago."
Jan Faix, HIS Voice

"With its current double album, B4 proves its strength of form and confirms that the rating of its previous album among the top domestic titles of interest last year, was definitely no coincidence. In short, there is really no-one else here playing in quite such an inspired way, maintaining down-to-earth melodies, highly researched sound and a combination of musicianship and experiment to boot."
Antonín Kocábek,Týden.cz
http://soundcloud.com/b4klang
http://bandzone.cz/b4musicfortrees 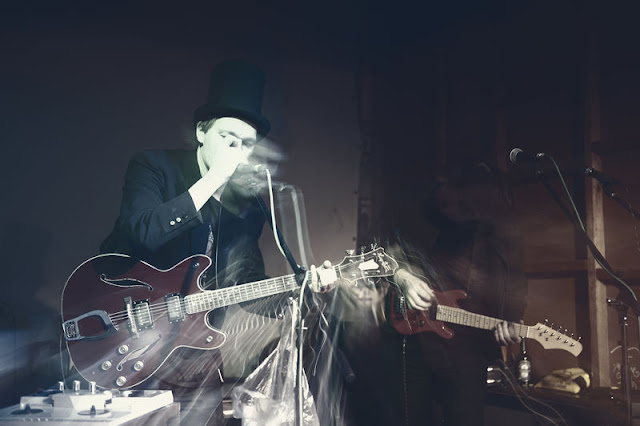 Federsel&Mäkelä
Czech-Finnish project, established 2010, consists of Federsel and Pasi Mäkelä (Läski, Spermbankers).
Music of duo is rooted in traditional freak-out, psychedelia, bizzarre free jazz, noise and blend of blues, rock and electronica. Federsel&Mäkelä are musical anarchists and home recording enthusiasts. They use wide variety
of vintage instruments and home made electronic devices as well as music ready-mades and objects.
Their first album An Evening with Federsel&Mäkelä was released by Czech label Polí5 and had positive feedback amongst czech music journalists.

"Freaky, jazzy, free music, rock like at times, jazz at other times but also crudely lo-fi electronics play an equally important role here, and they are played in a similar loose fashion."
Vital Weekly 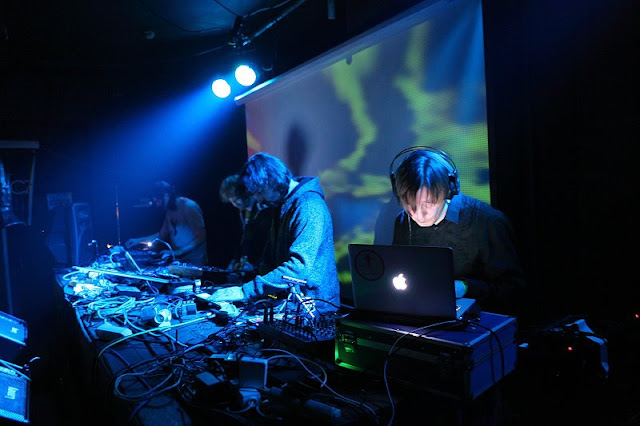 “Lots of nice textures and unusual sounds are filling the air all wrapped up in a real sense of melody. The sound palette is very varied with a whole array of different sounds and noises going on. Loads going on in fact! You could listen to this album a good few times and hear new things in each listen.”
Norman Records
"All I really can say is ‘wow.’ You just have to hear it…"
CYCLIC DEFROST

"It’s provocative structure, innovative nature, and prominent display of creative uniqueness might begin as a foreign concept, but it soon blossoms into an immersive world of cluttered wonder, and while ‘Kon B’ might not see the widespread success of modern pop fodder, it will surely have infinitely more impact."
ANTHEM REVIEW
http://gurunas.net/
http://soundcloud.com/gurun-gurun
http://bandzone.cz/gurungurun 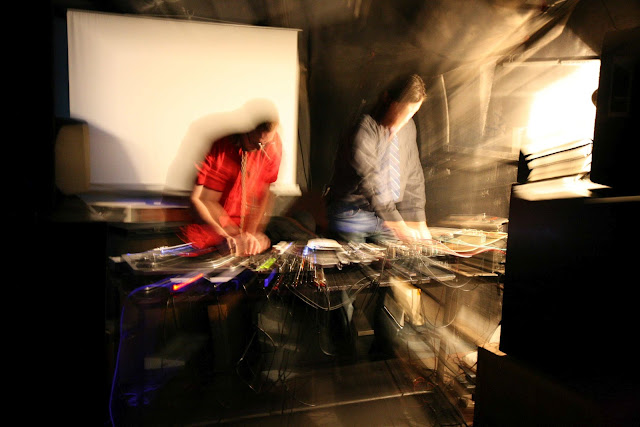 Radio Royal
Radio Prague Royal duo handles spurious sounds (the turntable needle skipping, feedbacks, hiss, hum) and blends them into specific hybrid of noise and easy listening music. RR also use any kind of found media like home-recorded cassette, mini discs, tape reels, CDR and so on. Radio Royal is a laboratory project for the elaboration of second hand sonic source.
(As a project is now in sorte of limbo, both Ferenc and Federsel are busy in organising Wakushoppu - series of Prague free improv meetings.)

"Highly convincing and one of the most impressive albums in the year of 2012 indeed."
agier.blogspot.de
http://soundcloud.com/radioroyal
http://bandzone.cz/radioroyal 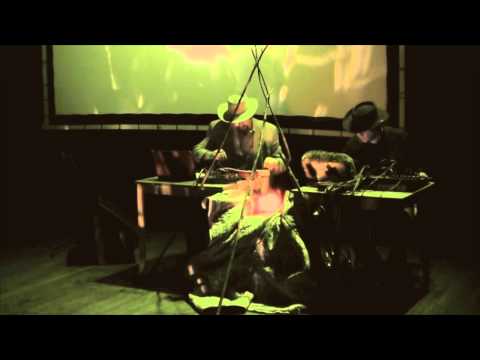 Wabi Experience
Project originated in 2002 when the musician and performer Federsel decided to perform deconstruction of  his early youth’s music, which he spent by the campfires in the woods in order of shaping some contemporary musical artifact out of it. He erased the first three versions of the project and kept starting again from scratch. When the fourth version of the material got again to its dead end, called for help and teamed up with fellow musician from the group Gurun Gurun Jára Tarnovski. During the two seasons they finally managed to push repeatedly reworked material to the final result. The songs on the forthcoming album WE consist solely of microsamples taken of the first two LP of certain Czech country music hero.
Wabi Experience vibrates with the memory of campfires, sunsets, rainy mornings  and tea flavored with pine needles.

The debut album is to be released by Mikroton Recordings in 2019. 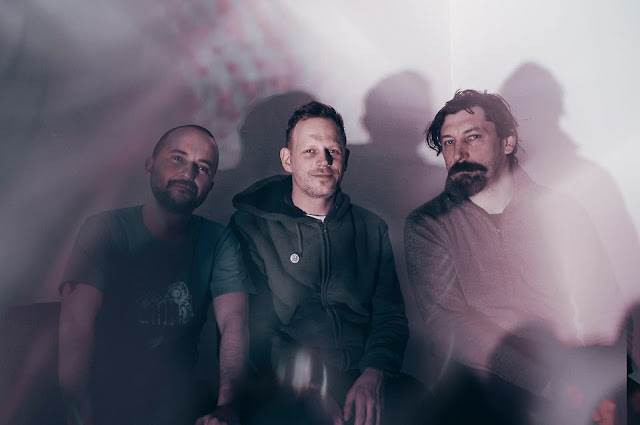 POISONOUS FREQUENCIES
Poisonous Frequencies is a sort of power trio, unexpectedly formed in 2014. Federsel, Petr Vrba and Didi Kern go berserk mixing rock, noise and free improv.
Petr Vrba is discovering the possibilities of electrified trumpet, disguised as electric guitar and Tomáš Procházka aka Federsel is continuing in his search for the most awful electric guitar sound. Didi Kern beats the drum.

"For forty minutes, we are exposed to the agitation of the trio of all-powerful instrumentalists destroying the rock canon, breaking from break to break, apparently having great fun"
Petr Slabý, Radio Wave 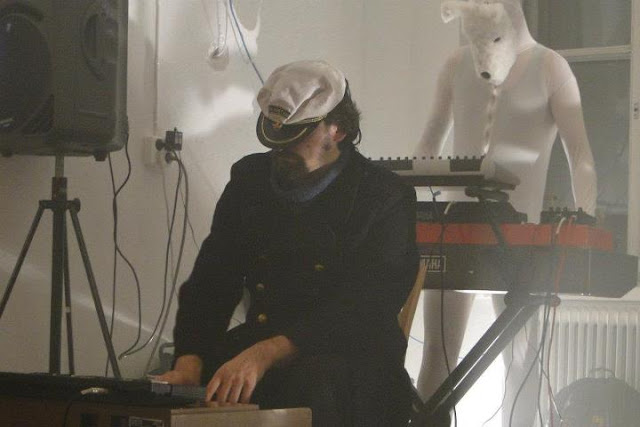